Alisa Roth is a print & radio reporter. Her book, Insane: America’s Criminal Treatment of Mental Illness, about mental illness & the criminal justice system, is out now from Basic Books. 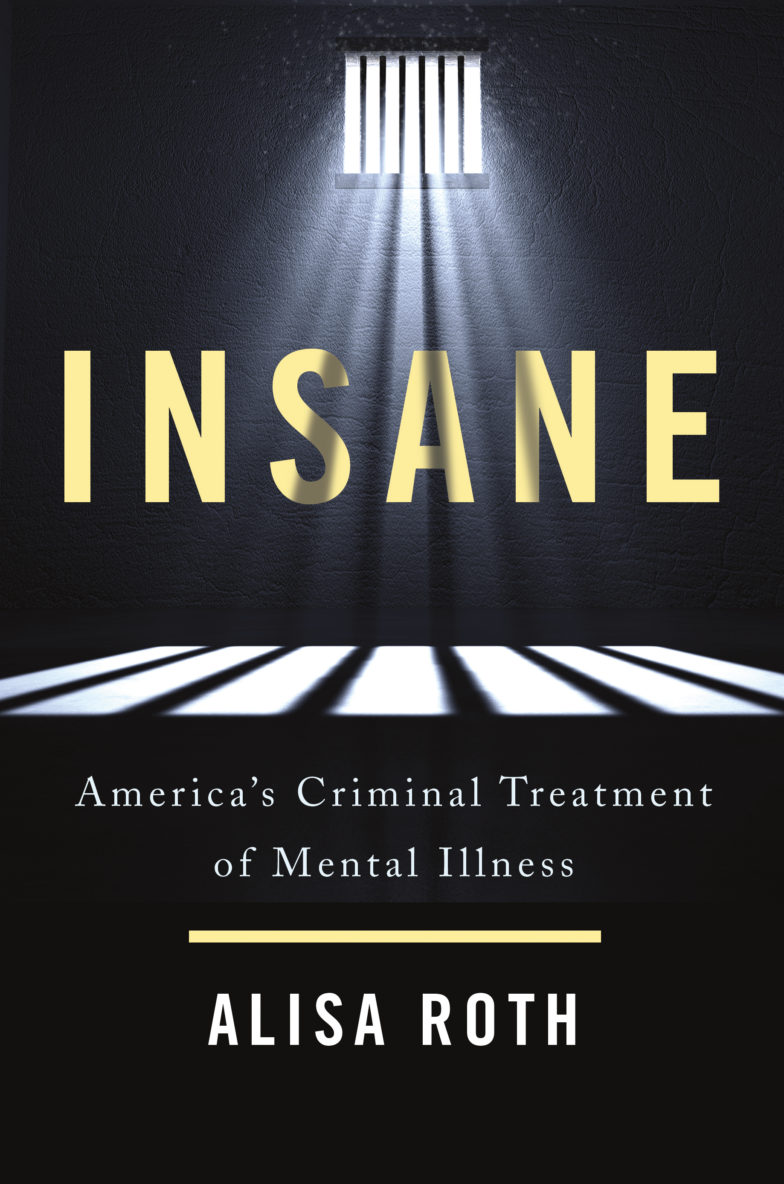 Insane: America’s Criminal Treatment of Mental Illness, is an urgent exposé of the mental health crisis in our courts, jails, and prisons, out now from Basic Books.

In America, having a mental illness has become a crime. One in four fatal police shootings involves a person with mental illness. The country’s three largest providers of mental health are not hospitals, but jails. As many as half the people in US jails and prisons have a psychiatric problem.

In Insane, journalist Alisa Roth goes deep inside the criminal justice system to reveal how America’s tough-on-crime policies have transformed it into a warehouse for people with mental illness, one where prisoners are denied proper treatment, abused, and punished in ways that make them sicker. She takes readers from the overwhelmed mental health units of the Los Angeles County Jail, to the women’s prisons of Oklahoma, which have one of the fastest-growing populations of people with mental illness in the country. She introduces us to ordinary people whose untreated mental illnesses drive them repeatedly into the justice system—and in some cases, to their deaths.

In an investigation of police departments, courts, jails, and emergency health care facilities across the country, Roth provides the first nationwide account of this mental health crisis—and uncovers the hidden forces behind it. Examining reform efforts in several jurisdictions, she also makes the case for a large-scale overhaul of mental health care and criminal justice. Insane is a galvanizing wake-up call for criminal justice reformers and anyone concerned about the plight of our most vulnerable.